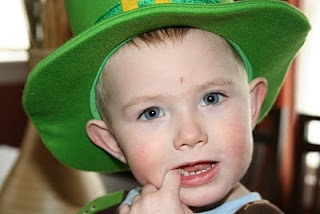 What do you do when you find out your child may have a disability???? First thing is CRY! You cry for every child and every mother and every family that has ever gone through the battle that is headed your way. Then you put every ounce of everything you have into finding a way to give that child everything you possibly can. That's what we are now doing!

About 6 months ago I noticed Griffin had very little interest in playing with his brothers. He was content to sit and watch Baby Einstein and not interact with anyone. He would laugh and smile when I tickled him and he would love up his blankie but in general he was just sort of...there. He would hop and skip around the room and we thought it was so cute. He loved music and would dance when he heard even a car going by with the radio on. He didn't make eye contact and hated to be in crowded areas. I thought it was because I very rarely left the house with the kids and it was just anxiety.

After a few months I decided to make an appointment at The Robert Warner Center at Children's hospital. I knew it would take several months to get an appointment, and it did. I took him in and they evaluated him. When the Nurse Practitioner came back in with the results I knew what was going to come out of her mouth. I braced myself for the inevitable. She said "Griffin has a severe language delay. A severe to moderate cognitive delay and is showing signs of ASD.". ASD is Autism Spectrum Disorder. My heart sank. I held my head strong and told her I already knew it in my heart and that I was fine. I lied! She suggested he be evaluated by our counties Early Intervention program to set up a course of action. I agreed and left the building.

As I waited for the valet I looked around. There was a grandmother with an Autistic child around 4 years of age. He was aggitated by his heavy outerwear and was throwing his hat on the ground. The grandmother was discouraged and kept handing it back. There was a little girl with Down Syndrome waiting with her mother for a transport van and a new mother and father waiting in a wheelchair with their newborn baby girl for their car to come from the valet station. I began to feel the emotion of what I had just heard welling up inside me. Then my van arrived.

As I strapped Griffin in his seat I realized we had such a long road ahead of us. It was almost to much to bare. I thoughts back on the last 20 years that my mother had with my brother Christian who is a lower functioning Autistic man. I sat in my seat, put on my seat belt and started to drive. Within seconds I was sobbing. So much that I had to pull over. I mean I did EVERYTHING right!!!!! Everything I could do to prevent this...I did. My children NEVER received their MMR shot because that's what caused my brothers shift from a "normal" child to an autistic one. I read all the books and loved and cuddled him constantly. Now what???

Now what is right! I went home and decided I wasn't going to take this lying down. I had heard of people who were using diet and supplements to treat their Autistic children and I was going to do that and more! I am going to cure my sons Autism...just watch me!

That being said I ordered every book on the subject from Amazon. I researched every organization that ever had anything to do with Autism and I immediately changed his diet(per the books and organizations) to a GLUTEN or wheat FREE diet.

Well, this was over a month ago. Griffin is making some incredible strides with just the diet. He is communicating more and sustains eye contact. He has begun using sign language to communicate his needs. All from just a diet change. We are still waiting on the County to come in and set a course of action as far as therapies go. But as of today I am optimistic. I believe my son is high functioning and will go on to live as normal a life as he can. We will do everything in our power to make that happen!

{{{{ A small statistic for those who are unaware of Autism}}}} 1 in every 110 children are affected by Autism. 1 in every 70 are boys. This number has multiplied by thousands since the 1980's. We need to be aware of the dangers of vaccinations and the genetic link that doctors infaticly deny. Be aware and educate yourself. I continue to believe that we will cure Griffin. We will sure do our best. Please keep us in your prayers.
Posted by Stinner at 2:44 PM No comments: 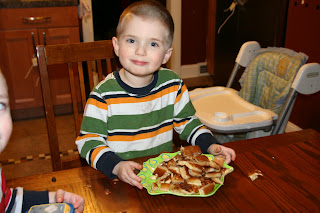 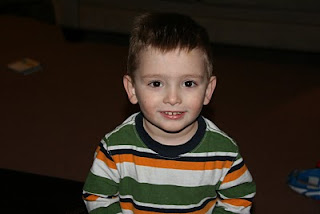 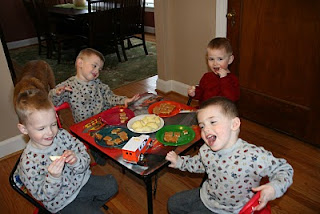 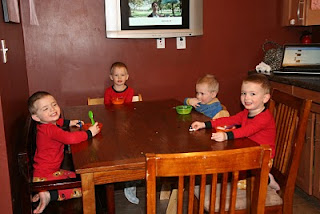 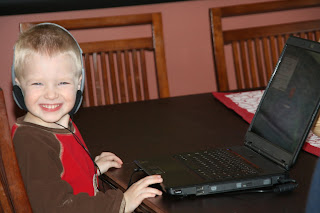 As most people know I have been homeschooling the triplets and Griffin since September. I have done my best to teach them the basics of what they will need to start pre-school. I know I started this with the intent of only doing it a year but as that time grows slowly to an end I am panicking.

Emerson and Maxim are still receiving speech therapy. At a recent evaluation Emerson was found to still have a significant delay while Maxim has just a slight delay. So at their CPSE review meeting this month it was the suggestion of the committee that they enter Pre-K in the Fall and continue speech services. OH NO!!!!! Am I ready????? Yes, I said "I". I really think it's me that's not emotionally ready to watch my babies go off and be taught by strangers. When Austin went to preschool I sat in the parking lot and cried for 2 1/2 hours until he was done!I know, I know...I'm an over attached mother! I must cut the cord, it just seems we are so quick to have are children grow up and be adults. I knew this day was coming, but I am in serious panic mode. In less then 6 months I will be left with just one child at home while 4 of my boys go off to broaden their horizon and get an education. SO SAD!!!!!

By the way, I am panicking a full 6 months before this will actually take place and they will only be going for 2 1/2 hours a day. Just imagine when it's Griffins turn! I will need a straight jacket!
Posted by Stinner at 2:31 PM No comments: 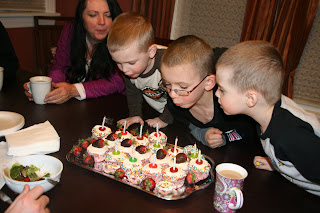 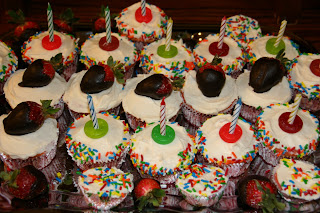 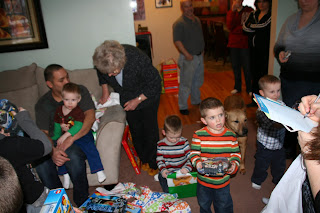 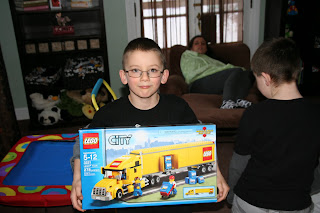 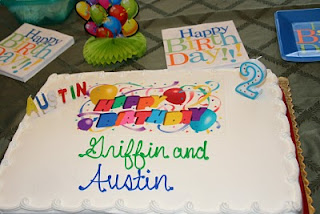 Wow my BIG boy, my first son, Austin is 8. Where has the time gone? I'm not sure exactly. One minute he was babbling on the floor and the next he was talking back. Here is my birthday letter to him.

Dear Austin,
It seems like yesterday that we were on a big plane heading to a foreign land to meet our first son. We had know idea what was in store for us. We met this bright eyed intelligent little boy that completely WOWed us and we fell in love.

Fast forward 7 years. You are now the Lego King! I love your imagination and how you take notes on everything in your life. It makes me think that maybe you will love writing, just like me. I am proud that most of the time you are helpful with your brothers and although you struggle I know you are teaching them what's right from wrong. You are an amazing reader and are always ready for an impromptu dance party. You are a great son that brightens my day.

I know we fight and butt heads but know that I never stop loving you, ever...not even for a second. You have brought a joy to my life that I would have never known without the last 7 years. Thank you my son for all that you do. Always remember that I love you!

Love,
Your Mother
Posted by Stinner at 2:23 PM No comments: