The Littlest Love of My Life 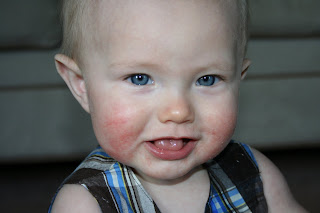 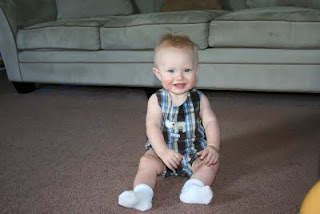 Sitting up all by myself. 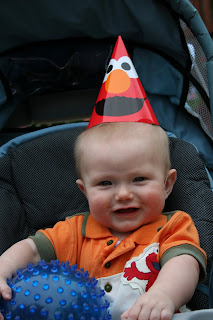 He loves to party. 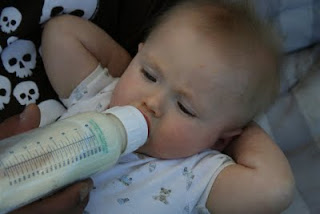 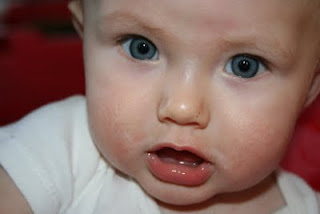 I love the eyes!

The Littlest Love of My Life

When I found out I was pregnant with Griffin, I was shocked. I couldn't believe after struggling with fertility issues, adopting and multiples(through fertility drugs not IVF), that I was pregnant and on my own. The triplets where only 7 months old. I was just getting into a routine and than I was pregnant. I had no idea how I was going to do it. I know I have David and he has always been a huge support for me. But let's face it our family support is limited on many levels. We where going to have to do it on our own! I have never in my life had to face such a challenge but I knew in my heart that God would never have blessed us with this baby if we couldn't handle it.
When Griffin was born with a Pnumothorax(collapsed lung)I was devestated and confused. How could a full term 8.5lb baby boy be born sick? Several times in the first few days of his life we almost lost my little baby. I was told upon checkout that it was "touch and go a few times."...WHAT??????? I was never told that when I was in the hospital with him. Within 2 weeks he completely healed and we where home. His brothers showed no interest in our new addition. Austin wanted to hold him a bit but the than 17 month old triplets barely knew he was there. Aside from me nursing and him being on my lap they showed no concern with what he was doing here.
Fast forward 7 months. My little baby boy is now huge. 19lbs. 3 teeth. Sitting. Standing(with help). Trying desperately to crawl, but efficiently rolling to the toys he wants. Saying "mamamaamamamamama". Saying "dadadadadadadaddadada". A full head of spikey blond hair and curiously exploring the world around him. He loves to go on adventures. He will shop all day, he loves the zoo and is starting to play actively with his big brothers. The triplets now love him. They give him toys and food...even when they shouldn't. I find myself saying "don't feed the baby peanut butter and jelly sandwiches", "who gave the baby pie?", "how did Griffin get a pop tart?". This can be a little nerve wrecking but I have learned to watch them like a hawk! It's a little tough because Griffin is in his walker and can seriously cruise in that thing. He can run from me when I am trying to get something away from him. I think the other kids actually block for him. It's like a football game in my home and the offense is unbelievable.
I never thought of myself as lucky. That was until recently. I looked at my 5 children playing on the floor, together. I realized at that moment that they where all meant to be our children. I can't imagine my life without any one of them. There in the middle was my littlest love. He was rolling around grabbing toys and laughing at his brothers. The baby days are almost behind us. We have a first grader, 3 toddlers and 1 up and coming. It's going so fast. I've said before, I 'm afraid to blink. I don't want to miss a moment.
Posted by Stinner at 9:26 AM