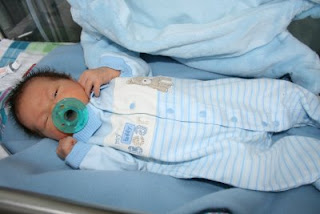 Griffin on his way home from the hospital! 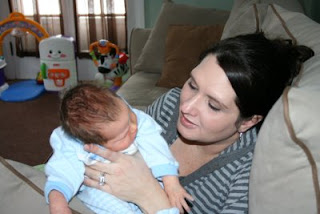 Mommy and Baby! I very rarely post pictures of myself! I just couldn't resist! 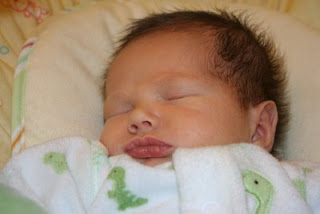 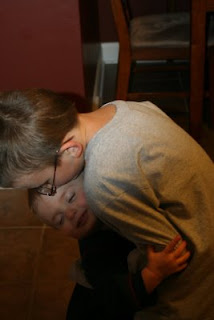 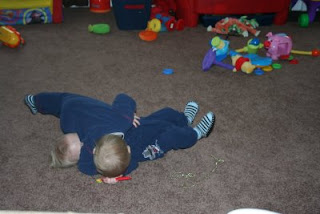 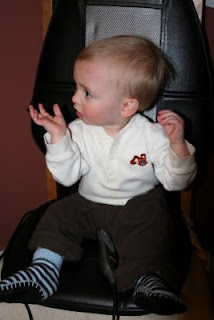 Emerson was freaked out a bit by Opa's back massager. 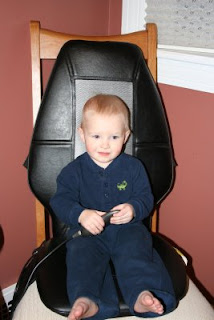 Max thought it was cool! 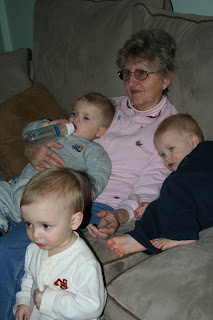 Aunt Kathy and the little boys, watching Wall-E! Don't they look comfy!
He's Home!
I am so excited to finally announce that Griffin Henry Michael is finally home! I haven't been so happy since the triplets came home. I was so relieved when the Doctor said he would be releasing Griffin on Saturday. I called first thing in the morning and by 10 am he was released. Less than 2 weeks since he was born with life threatening health issues and he's home! The boys where completely freaked out. Alex tried to smack him. Emerson just stared and Maxim thought he was the best thing in the world. He just gentley tried to touch his ear and he stares so sweetly at him. I was both thrilled and worried. They all seem a little jealous but I'm sure that will pass in time. Austin is in love with his baby brother. He talks to him and sings. He touches his hands and does it with such love. He's getting so mature.
Griffin is an amazing baby. He's a great eater, he sleeps 3 1/2 hours at a time and very rarely cries. I couldn't be any luckier if I tried. I feel very blessed to have my 5 beautiful sons. I couldn't ask for more!
Posted by Stinner at 9:24 PM