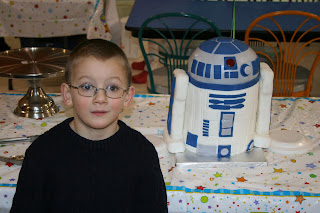 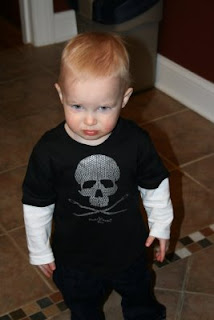 Max is such a bad ass! 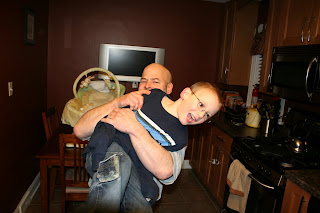 Austin and his Papa 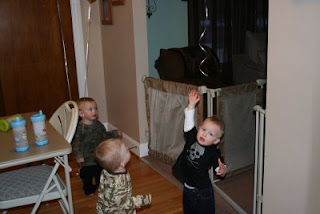 Ready for the Party! 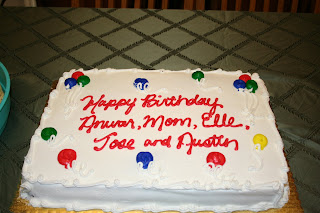 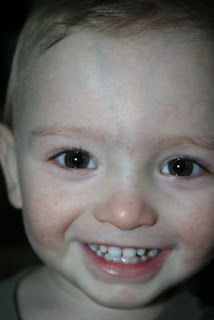 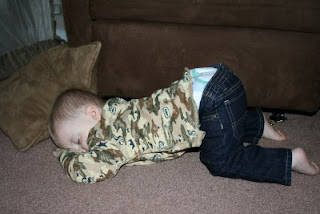 Alex was so tired. 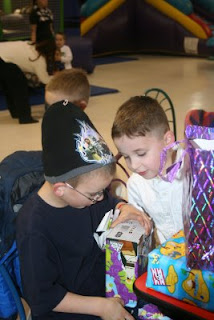 Austin opening his gifts with Ethan. 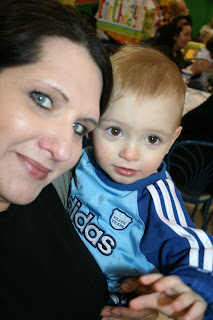 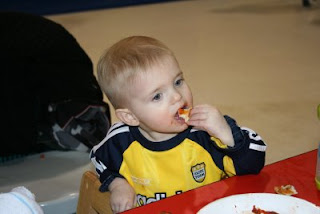 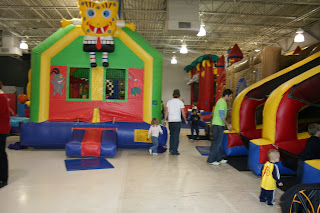 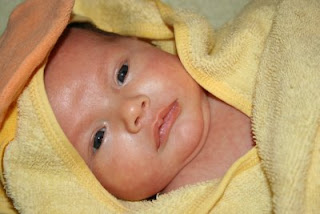 Well, it's official! My 1st baby is now 6years old! It seems like yesterday we brought him home and he was this little teeny kid, running around and drooling all over the house. Now he's this big kid running around spelling everything and explaining to me the intricate details of Star Wars. He's such an amazingly smart kid with a vocabulary unlike anyone else his age. I am so proud to be his mother!

We started out the "Birthday Extravaganza Weekend" by having a party at Bounce Magic. This place has large bounce houses and games for the kids to play. It was great fun. This year Austin asked that it just be his "guy friends". I didn't realize that there is separation of the sexes so early. But apparently there is and girls have cooties. Anyway, he had a blast. It was a Star Wars themed party since Austin eats, sleeps and breathes Star Wars. I asked my friend Jenn (also Austins best friend Zack's Mom) to make the cake(She made the triplets Nemo cake). It was a huge R2D2 cake. The coolest cake I've seen. I can't believe all the work she put into it. She has a true gift, it was an amazing cake and tasted Delicious. We had around 14 kids including the triplets and my friends one year old. The triplets handled it well, they ran around and dodged in and out of all the people. Emerson was the only one that liked to bounce in the toddler area. The other two just wanted to people watch. It was a great time had by all.

On Saturday, we had a family party here at our house. Every year we have a "universal" party for all the February birthdays. My mom shares hers with Austin. Her husband is the last week in January. My brother-in-law Jose is on the 11th and my sister Gabrielle is on the 14th. Everyone came over and we had cake and ice cream. Austin spent most of his time in the basement playing with all his new birthday toys. He only came up on occasions to eat or show some Lego machine he built. He had so much fun. On Sunday his extended birthday was spent with a visit from Aunt Kathy and My dad and his fiance. He got way too much stuff and that was fine. He had a rough 5th year so we made a pact that 6 would be the best year!!!!!

The triplets are feeling so much better. The sickness everyone had is almost completely gone. We still have some snotty noses but in general everyone has returned to their normal toddler selves. They have recently discovered Elmo and Sesame Street. I find it so fascinating that a show I watched 35 years ago is still relevant and appealing to my children. They love watching Elmo's World and Alex sings along with the songs. It's too funny. Alex amazes me with his verbal skills. He now will pretty much say what ever you do. I now have to watch my language like crazy. Emerson is my player. He will sit and play with the cars by the hour or read his books. Max is Mr.Mommy's Boy lately. He just seems to want to be on me. He's been whining allot but in his defence he has been sick and he is still waiting on 4 teeth to break through while the other two have ALL their teeth.

Griffin is the best baby boy. Not that I'm comparing him to anyone. He is the most even tempered baby. No drama. He sleeps great, he eats great and when he's up he amazes me with how well he lifts his head and how strong he is. Because I have had such a bad infection(yes, it's still going on), I had some breast milk issues and had to supplement him with a little bit of formula. This is devastating to me. I didn't want to ever give him formula but what can I do...9 rounds of antibiotics and still having issues! But I am still giving him just 2 ounces of formula mixed with 2 ounces of breast milk. And he is nursing 3-4 times a day. I was just a little bit decreased in production. All is returning and I'm hoping we won't need the formula. He has begun to smile when he sees me or when I kiss his cheek. I love it. It's like no one exists but the mommy. Motherhood is the most gratifying thing I have ever done. It makes me crazy sometimes but so worth it!

On a personal note: I have a motherly rant! I know, big surprise! This is my Forum and therefore I have the right to rant if I want too! If you don't like it, don't read it!
I was recently faced with a situation in which I felt compelled to defend someone I shouldn't need to defend. Without giving specifics I would like to say the following:
I am a person who feels very strongly about defending those that can not defend themselves. This includes my children who have yet to find their voice and those adults that for what ever reason can not speak for themselves. Sometimes it makes me crazy when I'm faced with a situation in which a person or persons treats these who can not speak with such a lack of respect that I instantly go into defensive mode and begin to defend them. From the time I was very young I can remember having a compassion for those that where "different". I never judged, never stared or discussed and never developed fear. I felt everyone was put on this earth by God and everyone of God's creatures has a purpose. This purpose is not to be questioned or feared but to be tolerated and accepted. This means those that are different colors, religions, sexual orientations, mental and physically challenged as well as everyone else. For those of you who can't understand need to reflect on their own Christianity instead of judging others and respect for all God's creatures. Remember, he makes NO mistakes. Your going from person to person looking for validation of your allegations and questioning others Christian beliefs are just idiotic rants from a lunatic who uses Gods words as tools for their intolerance to a world they fear and know nothing about! So judge yourself before judging others and take some time in your prayers to ask Gods forgiveness for all the HATE and FEAR in your heart! Say what you want about me, I'm doing just fine. I know I am justified in my rant. I will continue to stick to my morals and beliefs and to love those you so strongly hate. I will even continue to love you.
I am going to make one request to the person on the receiving end of this rant, if you are going to continue to lie about the situation at least keep your lies consistent. You are just making yourself look bad!
Posted by Stinner at 9:36 AM